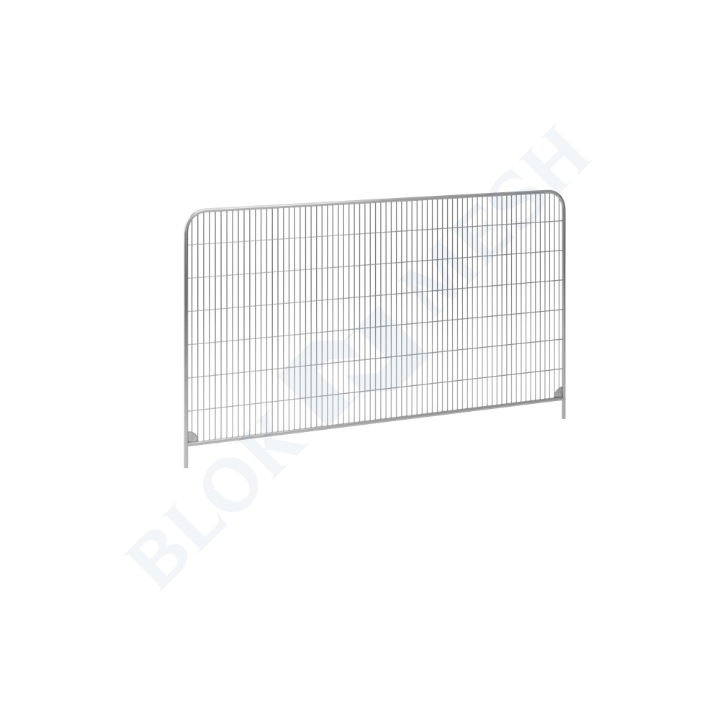 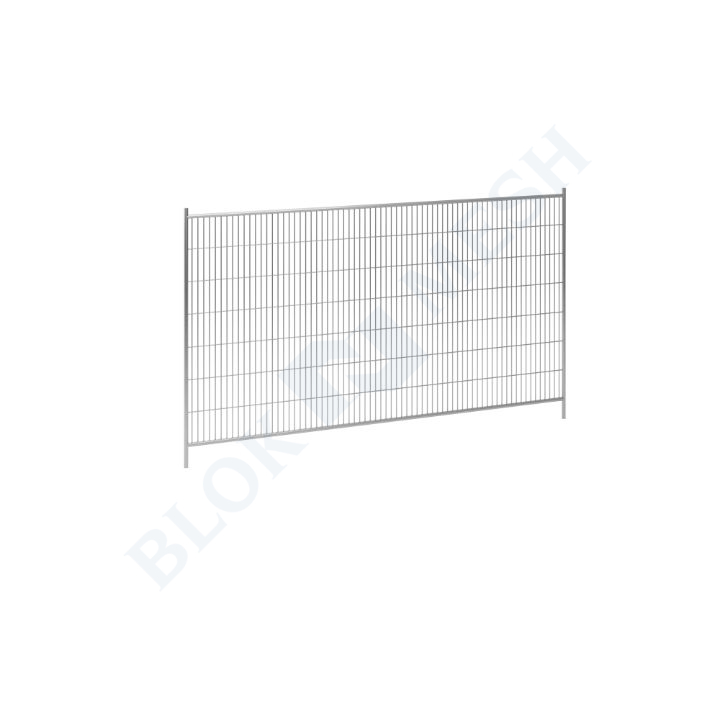 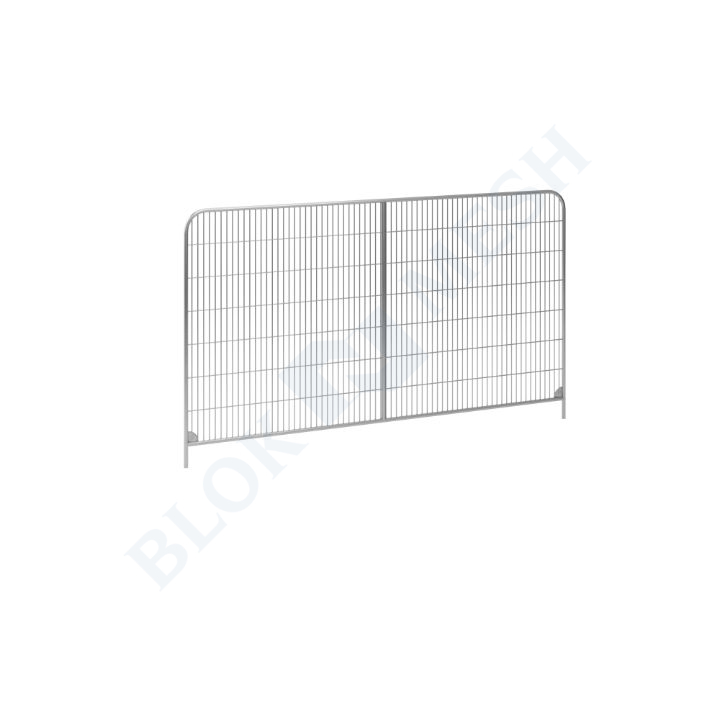 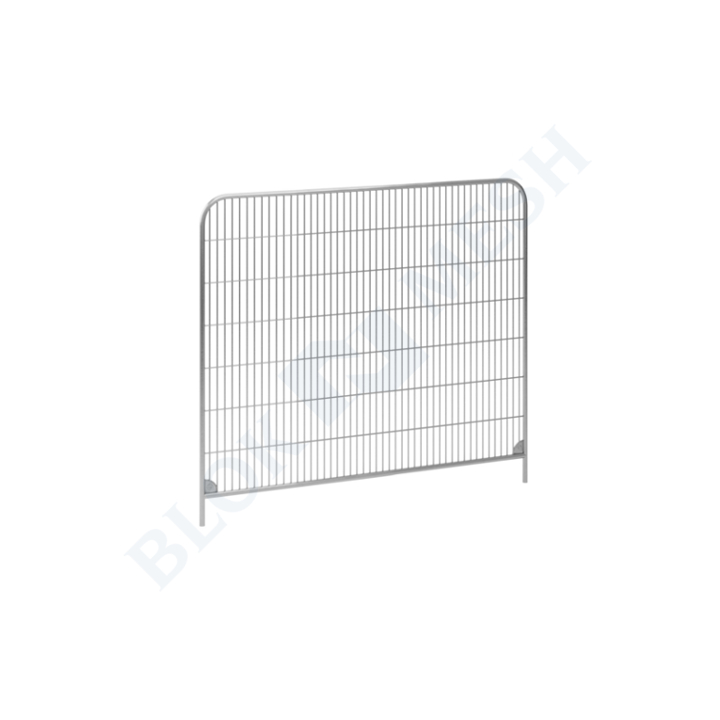 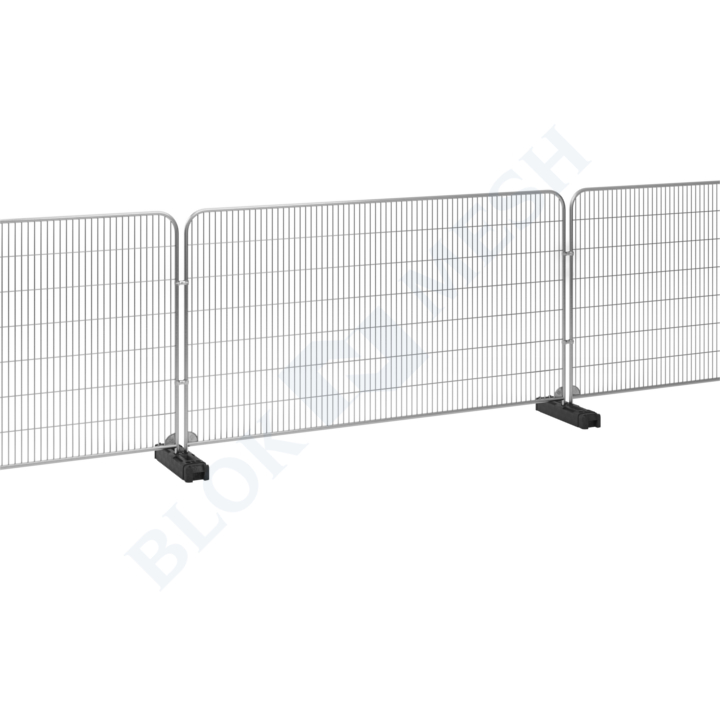 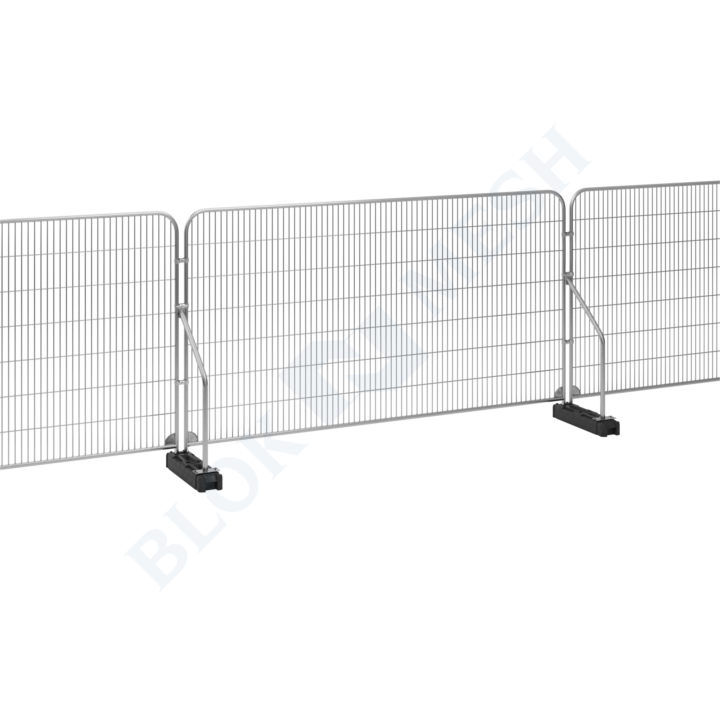 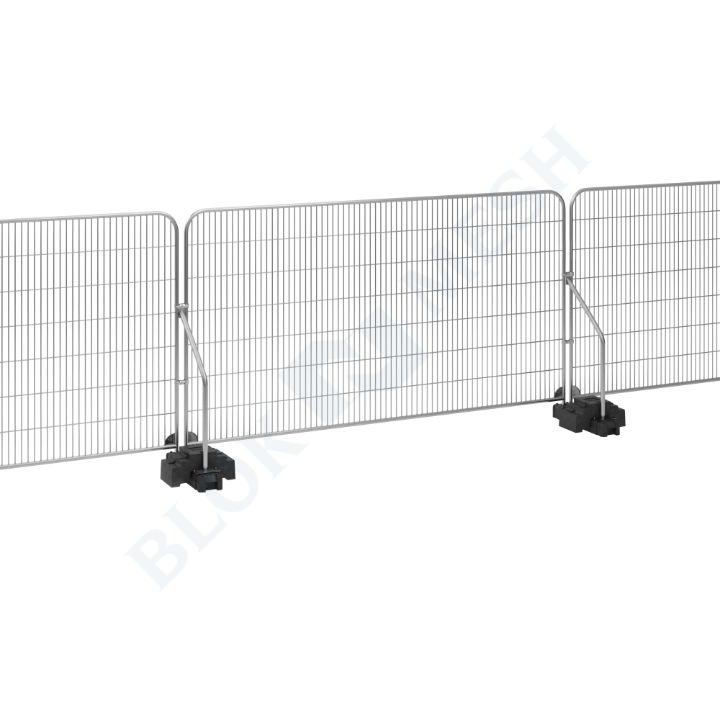 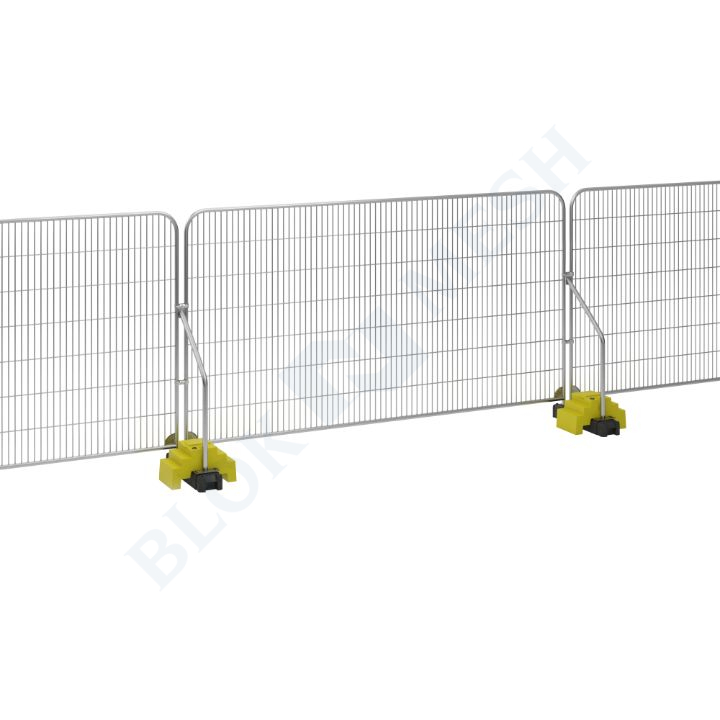 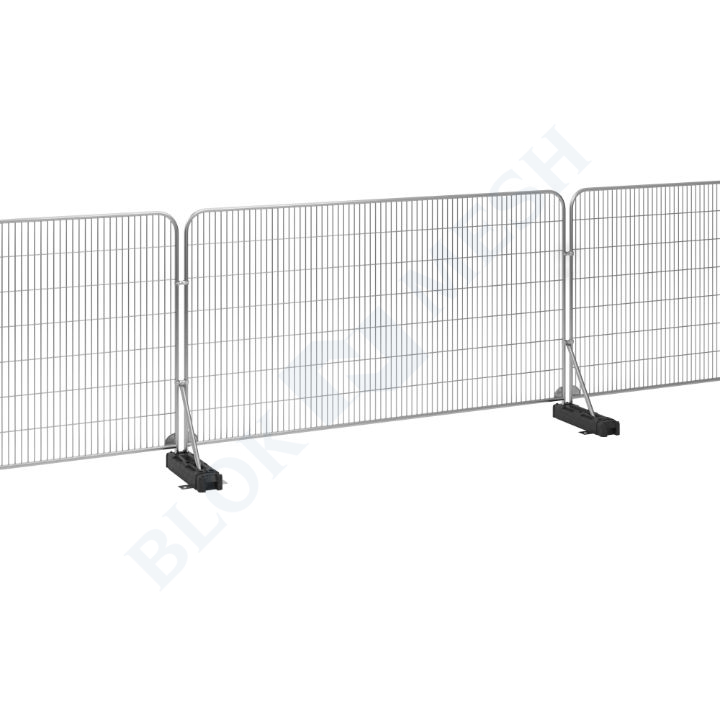 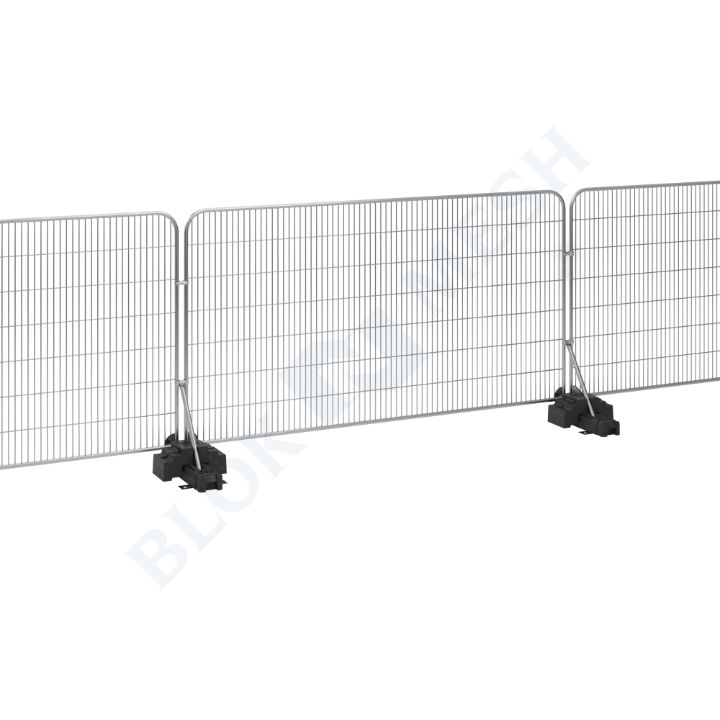 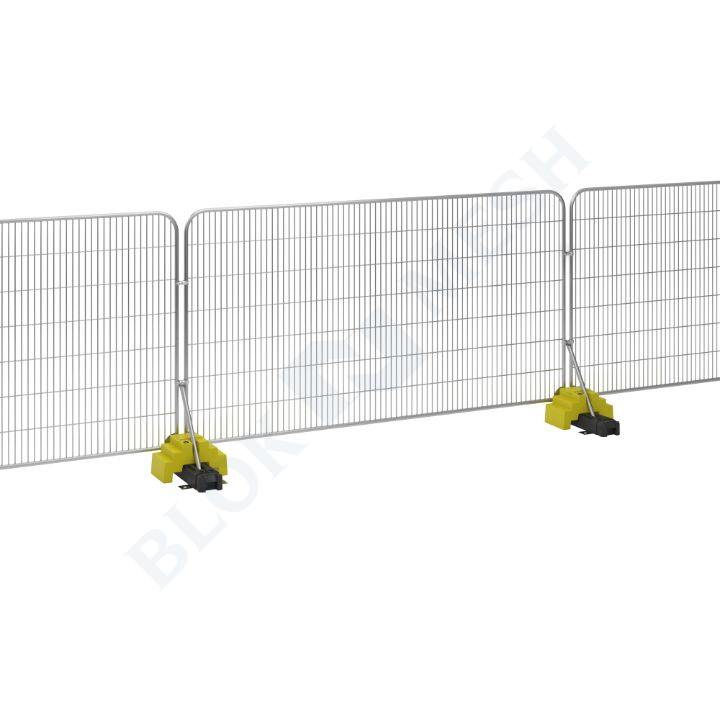 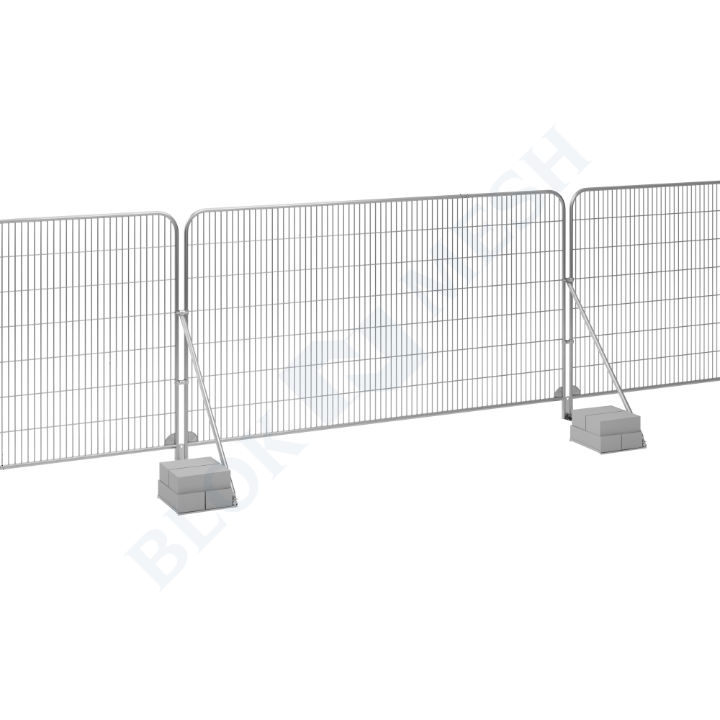 Anti-Trip Temporary Site Fencing with Gladiator™ Panels, Brace and Tray and 2no Couplers Per Panel

Temporary fencing was brought to the market in the 1960s as a cost-effective and simple solution to create a temporary perimeter around construction sites for extra safety and security. Temporary fencing is prevalent in the construction sector but has been adopted by several other industries due to its effectiveness.

This type of temporary fencing panel is usually the most economical, comprising of four steel tubes welded together, each corner is a 90-degree angle, hence the name “square-top”.

This phrase is often used to describe used temporary fencing panels, that were previously rented on a short-term project. These are often available to be purchased at a cheaper cost as some minor damage to the panels may have been sustained whilst on hire.

All of our temporary fencing panels utilise anti-climb mesh, meaning that the apertures of the mesh are narrow (approx. 50mm wide) and difficult for a person to grip and climb over the fencing.

As standard, temporary fencing is manufactured from galvanised steel tubes and steel mesh. The galvanising process minimises the likelihood of rusting ensuring that the fencing panels last for longer and are less susceptible to weather damage.

Temporary fencing panels can also be powder coated in a custom colour to suit company branding or for better visibility. Powder coating is the process of covering materials with an epoxy powder which is heated which forms a protective layer as well as adding colour if desired.

Known for its simplicity and speed, temporary fencing is rapidly and easily installed with very few components required as standard. The most basic set of temporary fencing would typically comprise of a panel, a fence foot and steel couplers. The fence panel legs are dropped into the holes of fence feet and secured together to the next fence panel with steel couplers, which are essentially clamps with a steel nut. Temporary fencing can be installed by one person if required, though a two-person install is much safer and faster.

Many bracing accessories are available with temporary fencing systems to add extra stability to the fence line. Most commonly, struts or braces are installed to the fencing panels which are generally galvanised steel tubes in various shapes which can be hammered into soft ground or have weighted ballast added to them to provide extra stability.

Adding weighted ballast to the feet of temporary fencing has proved a popular method of adding stability to fencing. Sometimes bags of sand are used for this purpose, though we wouldn’t recommend this, as the bags can split causing sand to spill and the ballast to be ineffective. We have developed several weighted ballast options, purpose-built for temporary fencing including our BraceBlok™ and SoloBlok™ products.

Many construction sites now require a wind load calculation to be undertaken to gain a better understanding of what stabilisation methods and weighted ballast is required for the location and environment of the site. Locations with higher winds, on the coast, for example, may require more weighted ballast and stabilisation to ensure a lower risk of fallen fencing.

Choose a country or region.